In this state, Cosmetology is the 4th most popular major out of a total 33 majors commonly available.

In Nebraska, a cosmetology major is more popular with women than with men. 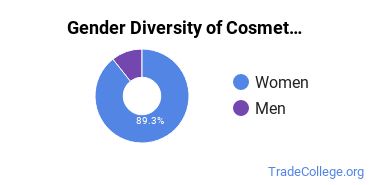 The racial distribution of cosmetology majors in Nebraska is as follows: 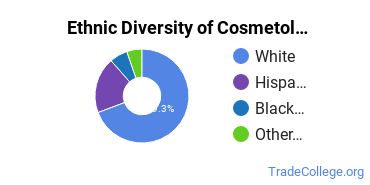 Jobs for Cosmetology Grads in Nebraska

In this state, there are 4,000 people employed in jobs related to a cosmetology degree, compared to 790,010 nationwide. 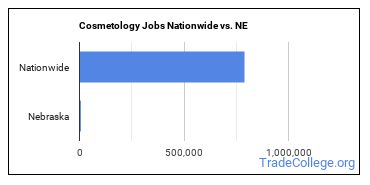 Wages for Cosmetology Jobs in Nebraska 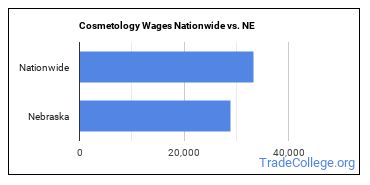 Most Popular Cosmetology Programs in NE

There are 7 colleges in Nebraska that offer cosmetology degrees. Learn about the most popular 7 below:

In their early career, Xenon International School of hair Design grads earn an average salary of $19,700. The student loan default rate is 8.20% which is lower than average. 16 to 1 is the student to faculty ratio.

Capitol School of Hairstyling and Esthetics

Students enjoy a student to faculty ratio of 12 to 1. 83% of students get financical aid. In their early career, Capitol School of Hairstyling and Esthetics grads earn an average salary of $21,100.

This private school has an average net price of $15,287. Students enjoy a student to faculty ratio of 10 to 1. In their early career, College of Hair Design-Downtown grads earn an average salary of $18,600.

Seeking financial aid? At this school, 98% of students receive it. 9 to 1 is the student to faculty ratio. Graduates earn an average $15,300 after graduation.

This private institution charges an average net price of $15,169. In their early career, College of Hair Design-East Campus grads earn an average salary of $18,600. Of all the students who attend this school, 100% get financial aid.

The student to faculty ratio is 15 to 1. This private institution charges an average net price of $19,579. 95% of students are awarded financial aid at this school.

Students enjoy a student to faculty ratio of 6 to 1. Students who attend this private institution pay an average net price of $14,187. Seeking financial aid? At this school, 75% of students receive it.