Types of Degrees General Precision Production Trades Majors Are Getting

The following table lists how many general precision production trades graduations there were in 2019-2020 for each degree level.

O*NET surveyed people in occupations related to precision production trades and asked them what knowledge areas, skills, and abilities were important for their jobs. The responses were rated on a scale of 1 to 5 with 5 being most important. 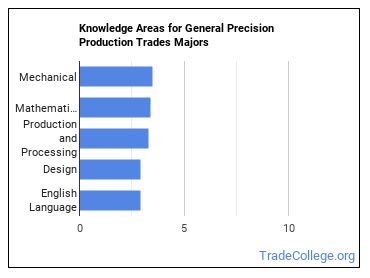 When studying precision production trades, you’ll learn many skills that will help you be successful in a wide range of jobs - even those that do not require a degree in the field. The following is a list of some of the most common skills needed for careers associated with this major: 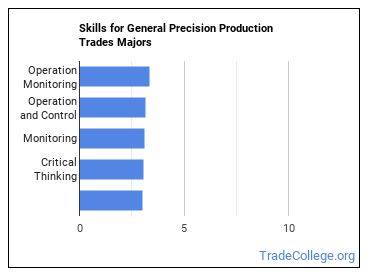 Who Is Getting an Associate’s Degree in General Precision Production Trades?

At the countrywide level, the racial-ethnic distribution of precision production trades majors is as follows: 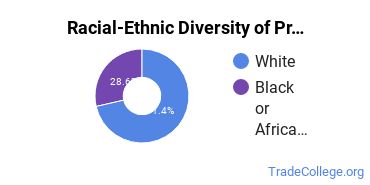 In 2019-2020, 8 schools offered a precision production trades program of some type. The following table lists the number of programs by degree level, along with how many schools offered online courses in the field.