What Blasting Majors Need to Know

In an O*NET survey, blasting/blaster majors were asked to rate what knowledge areas, skills, and abilities were important in their occupations. These answers were weighted on a scale of 1 to 5 with 5 being the most important.

According to O*NET survey takers, a major in blasting/blaster should prepare you for careers in which you will need to be knowledgeable in the following areas: 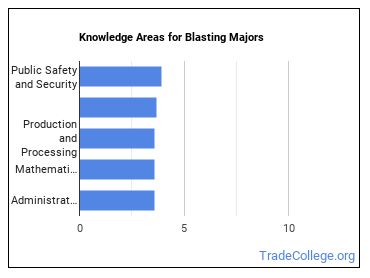 blasting/blaster majors are found most commonly in careers in which the following skills are important: 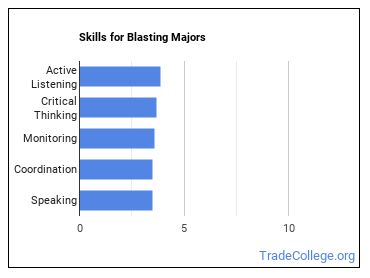 Some of the most crucial abilities to master while a blasting/blaster student include the following: 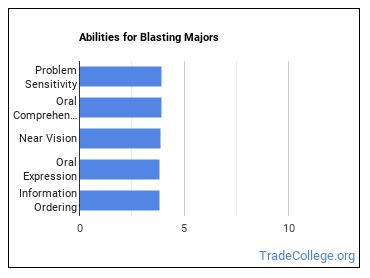 What Can You Do With a Blasting Major?

Below is a list of occupations associated with blasting/blaster:

How Much Do Blasting Majors Make?

Amount of Education Required for Careers Related to Blasting

Some careers associated with blasting/blaster require an advanced degree while some may not even require a bachelor’s. Whatever the case may be, pursuing more education usually means that more career options will be available to you.

Find out what the typical degree level is for blasting/blaster careers below. 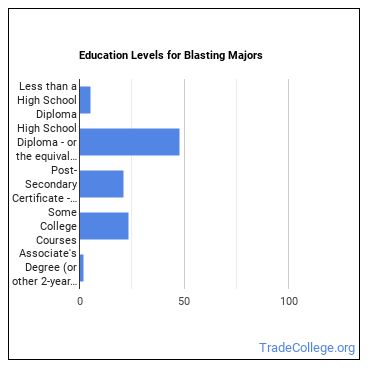 In 2019-2020, 1 schools offered a blasting/blaster program of some type. The following table lists the number of programs by degree level, along with how many schools offered online courses in the field.

Is a Degree in Blasting Worth It?

The median salary for a blasting/blaster grad is $52,780 per year. This is based on the weighted average of the most common careers associated with the major.

This is 32% more than the average salary for an individual holding a high school degree. This adds up to a gain of about $257,600 after 20 years! 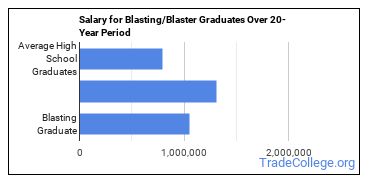 You may also be interested in one of the following majors related to blasting/blaster.