University of Phoenix - Hawaii is a private for-profit institution located in Honolulu, Hawaii. The location of UOPX - Hawaii is great for students who prefer living in an urban area.

These are highlights of some of the most noteworthy awards granted to specific programs at UOPX - Hawaii.

Where Is University of Phoenix - Hawaii? 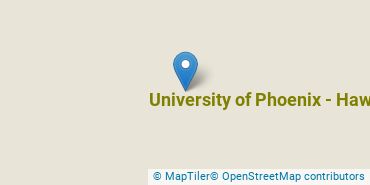 Can I Afford UOPX - Hawaii?

While almost two-thirds of students nationwide take out loans to pay for college, the percentage may be quite different for the school you plan on attending. At UOPX - Hawaii, approximately 100% of students took out student loans averaging $7,539 a year. That adds up to $30,156 over four years for those students.

188 Full-Time Undergraduates
26% Women
45% Racial-Ethnic Minorities*
There are also 9 graduate students at the school. 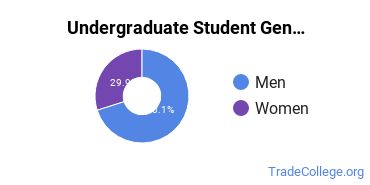 The racial-ethnic breakdown of University of Phoenix - Hawaii students is as follows. 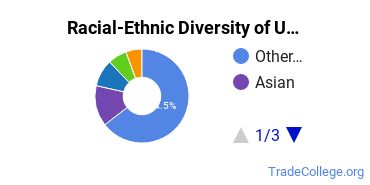 The following chart shows how the online learning population at UOPX - Hawaii has changed over the last few years. 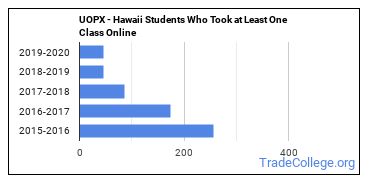 The average growth rate over the last four years of online students at University of Phoenix - Hawaii was -22.4%. This is the #2,137 largest growth rate of all schools that are only partially online. This refers to all students at UOPX - Hawaii regardless of major.