We have ranked Southeast Tech as #321 out of 1,831 colleges and universities in the country in our 2022 Best Colleges list.

Southeast Tech has been awarded the following overall awards by our latest rankings.

These are highlights of some of the most noteworthy awards granted to specific programs at Southeast Tech.

The following table lists some notable awards Southeast Tech has earned from around the web.

Where Is Southeast Technical College? 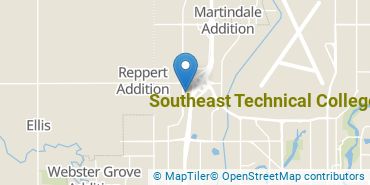 Can I Afford Southeast Tech?

$3,630 In-State Tuition
66% Take Out Loans
8.5% Loan Default Rate
During the 2017-2018 academic year, part-time students at Southeast Tech paid $121 per credit hour, whether they were in-state or out-of-state. The costs for full-time students are given in the table below.

The student loan default rate at Southeast Tech is 8.5%. Although this is lower than the national default rate of 10.1%, you'll still want to keep this in mind when taking out student loans. 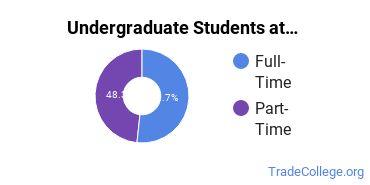 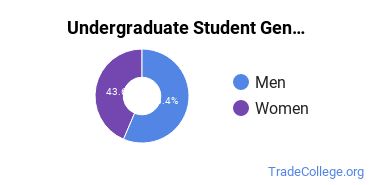 The racial-ethnic breakdown of Southeast Technical College students is as follows. 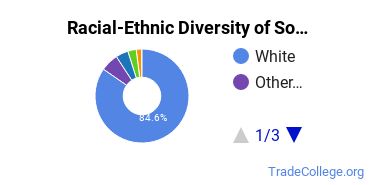 The following chart shows how the online learning population at Southeast Tech has changed over the last few years. 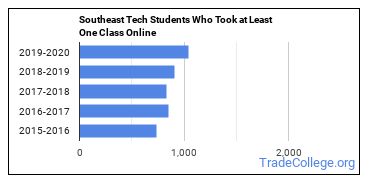