Honolulu Community College is a public institution located in Honolulu, Hawaii. The location of the school is great for students who enjoy the amenities of city life.

Honolulu CC has been awarded the following overall awards by our latest rankings.

These are highlights of some of the most noteworthy awards granted to specific programs at Honolulu CC.

The following table lists some notable awards Honolulu CC has earned from around the web.

Where Is Honolulu Community College? 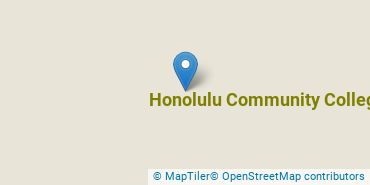 Can I Afford Honolulu CC?

It's not uncommon for college students to take out loans to pay for school. In fact, almost 66% of students nationwide depend at least partially on loans. At Honolulu CC, approximately 5% of students took out student loans averaging $3,960 a year. That adds up to $15,840 over four years for those students.

988 Full-Time Undergraduates
35% Women
91% Racial-Ethnic Minorities*
There are 3,378 undergraduate students at Honolulu CC, with 988 being full-time and 2,390 being part-time. 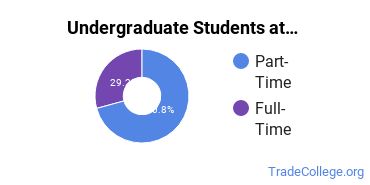 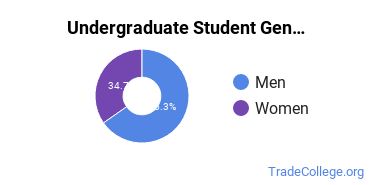 The racial-ethnic breakdown of Honolulu Community College students is as follows. 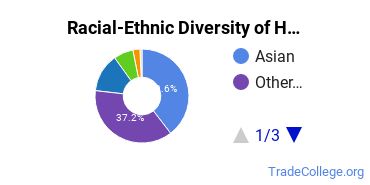 Over 10 countries are represented at Honolulu CC. The most popular countries sending students to the school are Japan, South Korea, and China.

The following chart shows how the online learning population at Honolulu CC has changed over the last few years. 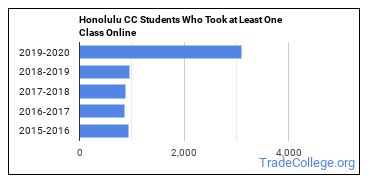