Delaware Tech is located in Dover, Delaware and approximately 12,955 students attend the school each year. During the the most recent year for which data is available, 3 students received their associate's degree in automation engineer tech.

Want to know more about the career opportunities in this field? Check out the Careers in Automation Engineer Technology section at the bottom of this page.

Note: Rankings don't always give a complete picture of a school's strengths and weaknesses, so it's a good idea to extend your research and also look at other factors when trying to decide if the school is right for you.

Take a look at the following statistics related to the make-up of the automation engineer tech majors at Delaware Technical Community College - Terry.

For the most recent academic year available, 100% of automation engineer tech associate's degrees went to men and 0% went to women. 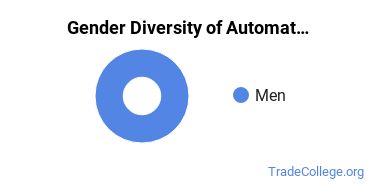 The following table and chart show the race/ethnicity for students who recently graduated from Delaware Technical Community College - Terry with a associate's in automation engineer tech. 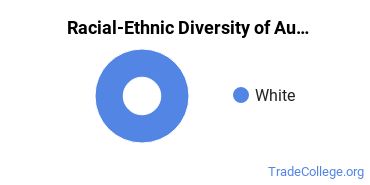 Careers That Automation Engineer Tech Grads May Go Into

A degree in automation engineer tech can lead to the following careers. Since job numbers and average salaries can vary by geographic location, we have only included the numbers for DE, the home state for Delaware Technical Community College - Terry.