What Does it Take to Be a Psychiatric Aide?

Occupation Description Assist mentally impaired or emotionally disturbed patients, working under direction of nursing and medical staff. May assist with daily living activities, lead patients in educational and recreational activities, or accompany patients to and from examinations and treatments. May restrain violent patients. Includes psychiatric orderlies.

What Skills Do You Need to Work as a Psychiatric Aide?

When polled, Psychiatric Aides say the following skills are most frequently used in their jobs:

Are There Job Opportunities for Psychiatric Aides? 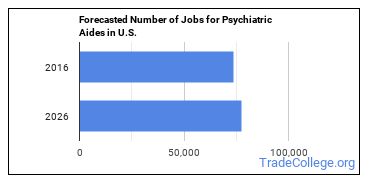 The states with the most job growth for Psychiatric Aide are Tennessee, Arkansas, and Colorado. Watch out if you plan on working in Georgia, New Jersey, or New Hampshire. These states have the worst job growth for this type of profession. 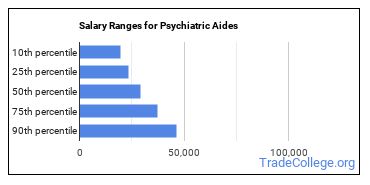 Below is a list of the median annual salaries for Psychiatric Aides in different U.S. states.

Below is a list of the types of tools and technologies that Psychiatric Aides may use on a daily basis:

How to Become a Psychiatric Aide

Are there Psychiatric Aides education requirements? 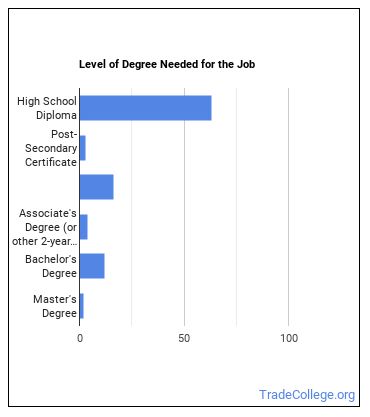 How Long Does it Take to Become a Psychiatric Aide? 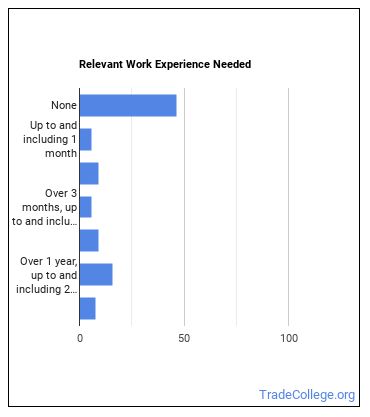 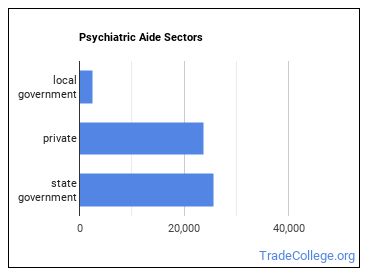 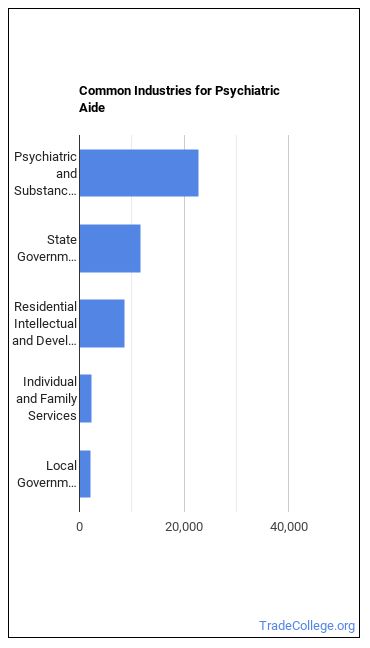