What Does it Take to Be a Phlebotomist?

Career Description Draw blood for tests, transfusions, donations, or research. May explain the procedure to patients and assist in the recovery of patients with adverse reactions.

Daily Life Of a Phlebotomist

What Every Phlebotomist Should Know

When polled, Phlebotomists say the following skills are most frequently used in their jobs:

Writing: Communicating effectively in writing as appropriate for the needs of the audience. 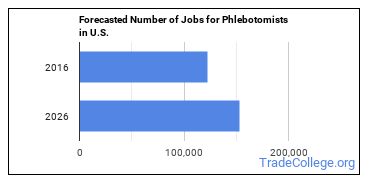 The states with the most job growth for Phlebotomist are Utah, Arizona, and Colorado. Watch out if you plan on working in Rhode Island, Connecticut, or Mississippi. These states have the worst job growth for this type of profession.

What is the Average Salary of a Phlebotomist 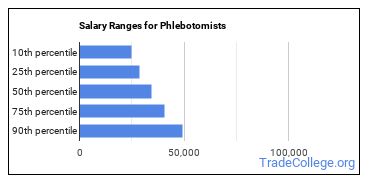 Phlebotomists who work in California, District of Columbia, or New York, make the highest salaries.

How much do Phlebotomists make in different U.S. states?

What Tools & Technology do Phlebotomists Use?

Although they’re not necessarily needed for all jobs, the following technologies are used by many Phlebotomists:

How to Become a Phlebotomist

Individuals working as a Phlebotomist have obtained the following education levels: 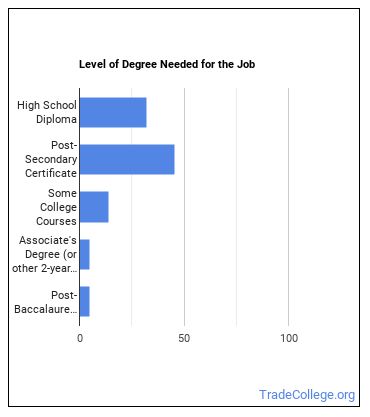 How Long Does it Take to Become a Phlebotomist? 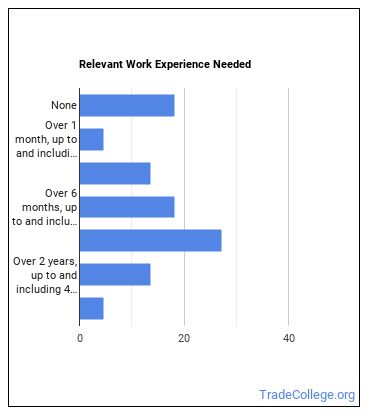 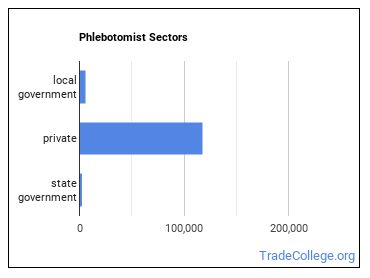 The table below shows the approximate number of Phlebotomists employed by various industries. 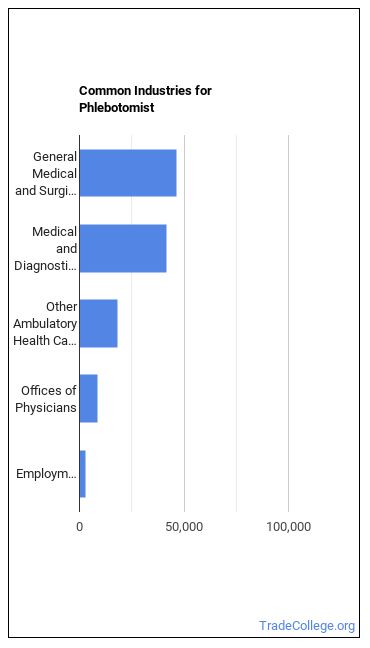