What is a Commercial Diver?

Commercial Diver Job Description Work below surface of water, using scuba gear to inspect, repair, remove, or install equipment and structures. May use a variety of power and hand tools, such as drills, sledgehammers, torches, and welding equipment. May conduct tests or experiments, rig explosives, or photograph structures or marine life.

What Do Commercial Divers Do On a Daily Basis?

Below is a list of the skills most Commercial Divers say are important on the job.

Time Management: Managing one’s own time and the time of others. 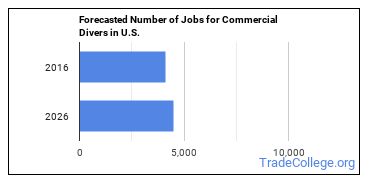 The states with the most job growth for Commercial Diver are Alaska, Missouri, and Washington. Watch out if you plan on working in Wisconsin, New Jersey, or Alabama. These states have the worst job growth for this type of profession. 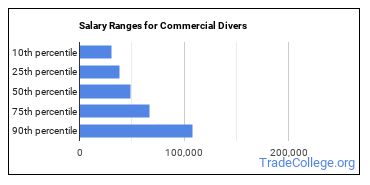 How much do Commercial Divers make in each U.S. state?

What Tools do Commercial Divers Use?

Although they’re not necessarily needed for all jobs, the following technologies are used by many Commercial Divers:

Individuals working as a Commercial Diver have obtained the following education levels: 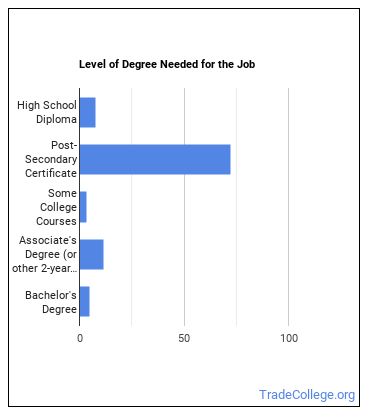 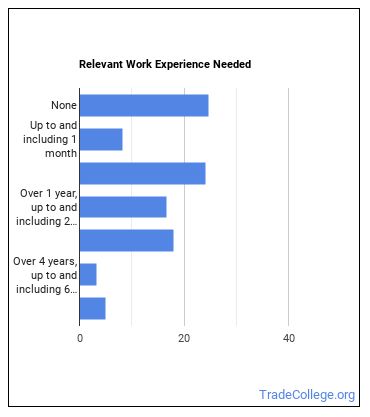 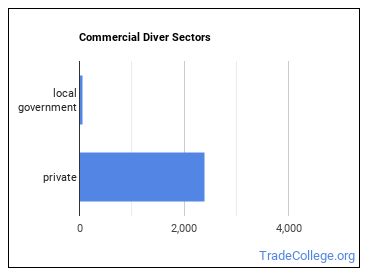 Below are examples of industries where Commercial Divers work: 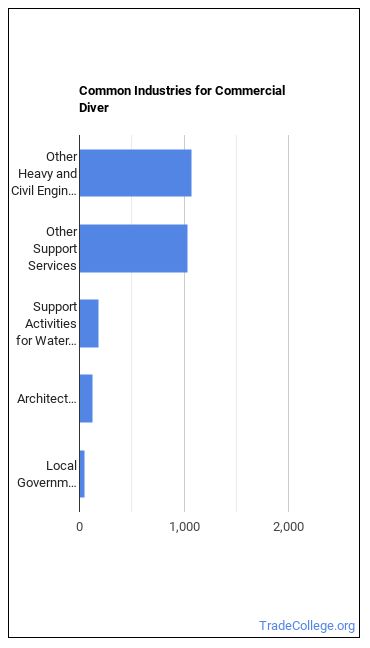 Career changers with experience as a Commercial Diver sometimes find work in one of the following fields: